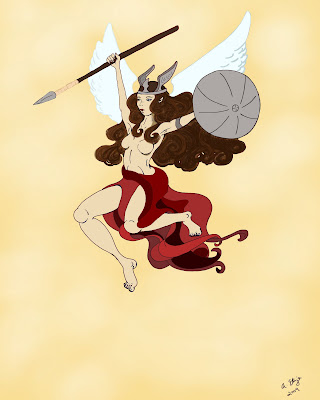 Not to be confused with Wagner’s Opera or the Tom Crusie comeback vehicle of the same name, a Valkyrie was a maiden in Norse mythology. Legend has it that these sometimes winged, sometimes horse riding immortal women would take dying men on the battlefield to the famed halls of Valhalla. The most famous of all Valkyries was Brunhilde, from the Icelandic epic poem The Poetic Edda. The tome featured one of the first heroes of recorded history, Sigurd, who saved Brunhilde and was himself 2/3rds god and 1/3 man. Yeah that’s right, fuzzy math. God genes outpower those of ordinary mortals.