Here is the fearsome mythological beast – the hydra, a sea serpent (of sorts) with nine heads on average. I’ve been working on this bad boy…girl…thing…for over a month now, mainly to get the color scheme right. Haven’t quite cracked it, but rather than have all of you wait for another illustration for another month, decided to go ahead and post what I’ve already got and when I get the colors right I’ll post that too. See – two for one! That’s how much I like all of you. 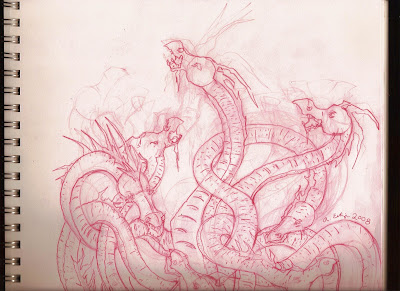 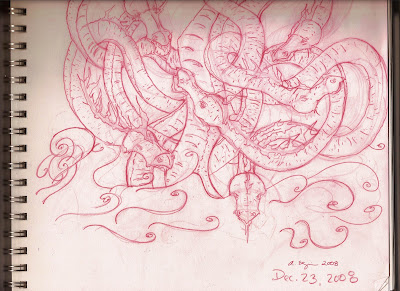 I originally drew it on a piece of 11 x 17 paper that’s way too big for my scanner, so I scanned it in two parts. 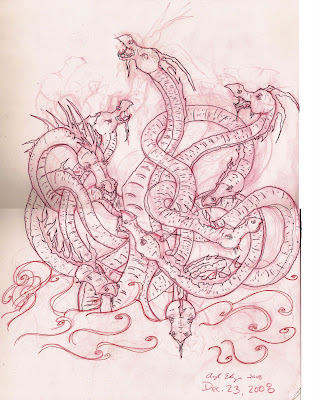 Then I combined the two images into one and digitally inked it on a second layer. 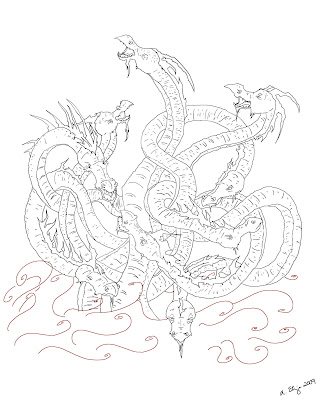 I then deleted the original layer leaving a nice, crisp drawing. Pretty, isn’t it?