I often troll the Internet in search of teleplays in order to improve my own writing.
The search has been most fruitful, as I’ve come across NUMEROUS scripts for “Lost,” as well as the pilots for “Ugly Betty,” “Scrubs” and the “Out of Gas” episode by Tim Minear for “Firefly,” a show I admit I didn’t start watching until the Sci Fi channel ran a late night marathon back in December.

However, my search has proven something quite sad – animation scripts on the net are sorely lacking. For whatever reason there just aren’t that many around. I’m not sure if it’s a legal issue or what, but most of the time you don’t find the actual scripts, just transcripts by loyal (read: rabid) fans. While I appreciate the effort, there’s nothing like a REAL script to really get a taste of what the craft is all about.

So you can imagine how excited I was today when I found not one, but THREE animated scripts FOR REAL this afternoon. All of them are by Michael Reaves, a guy I had never heard of but turns out wrote cartoons for many of the shows I loved as a kid including:
“Tiny Toon Adventures,” “Gargoyles,” “Dink: The Little Dinosaur” and “My Little Pony.” 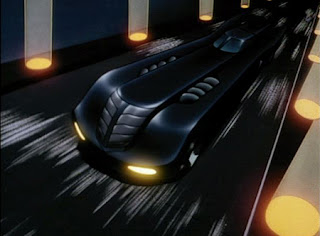 Michael was kind enough to post three “Batman: The Animated Series” scripts on his site. While they were never produced (and the second one is a link to Earthlink for some odd reason) they are enjoyable reads. 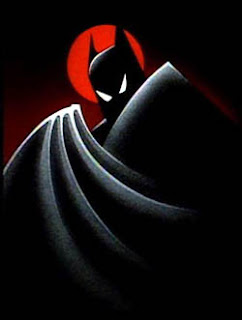 He also posted a produced script for, get this, “The Real Ghostbusters.” I remember watching this and it’s entertaining yet not as good cousin, “The Ghost Busters” as a kid, a testament to my freakishly encyclopedic memory of all things 80s animation. Scary.

One thought on “Animated Scripts R Us”