Attended the Alternative Press Expo for the first time on Saturday and had a grand time. The event highlights those in the indie press industry, as well as independent creators and bigwigs like Fantagraphics, Top Shelf and 4D Entertainment.

I met every creator that I really liked and now have some great autographed books. With the exception of Keith Knight and Andy Ristaino, all of these folks started out as web cartoonists and either published their own books themselves, or in the case of Kate Beaton, got picked up by a major publisher.

Best of all, the event was small enough to get around fairly easily but large enough to not get bored. And they had the typical comic convention things – how to get started, learning the craft, etc. etc. which I skipped since drawing comics is not my thing but it’s good that those events are around for the folks who like them.

And now for the calvacade of photos: 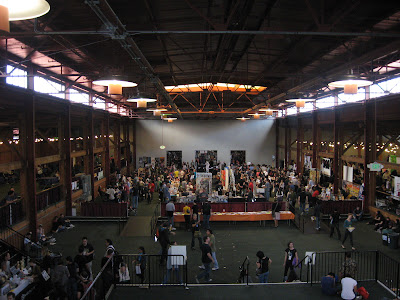 Obligatory crowd shot. The convention center was much bigger. Best shot I could get. 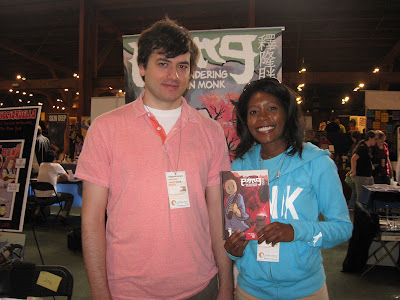 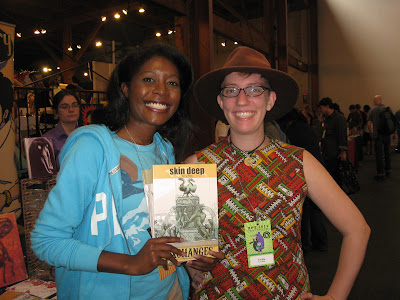 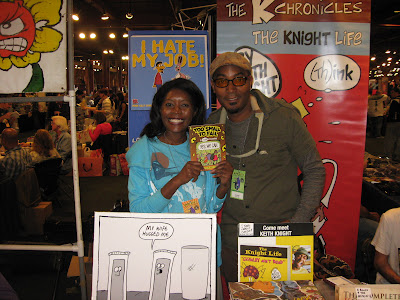 Keith Knight of The K Chronicles, Th(ink) and The Knight Life. I got a book and a free cookie. 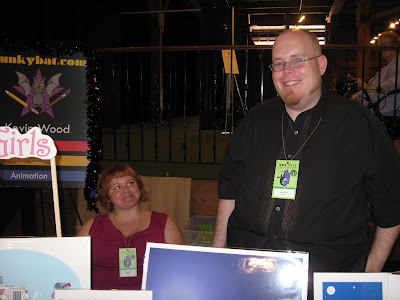 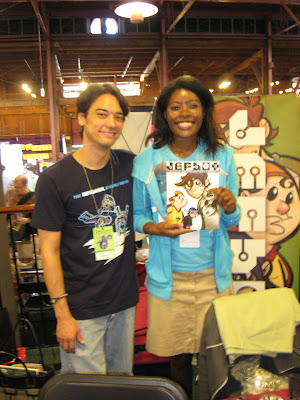 The one and only Jeff Schuetze of the semi-autobiographical jefbot. Cool thing about Jeff, his card swiper wasn’t working so he sold me the book for the $16 in cash I had – $4 off the cover price. Thanks Jeff! 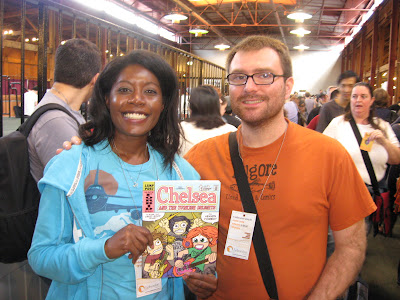 My friend Dan of Lamp Post Inc. and his comic Chelsea. 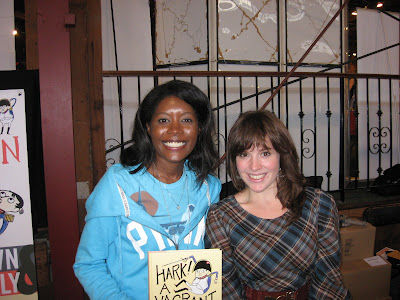 The fabulous Kate Beaton of Hark! A Vagrant. 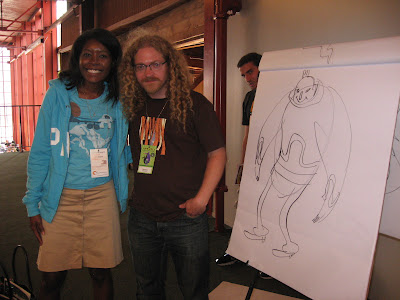 Lead character designer Andy Ristaino of Adventure Time with one of his own creations. 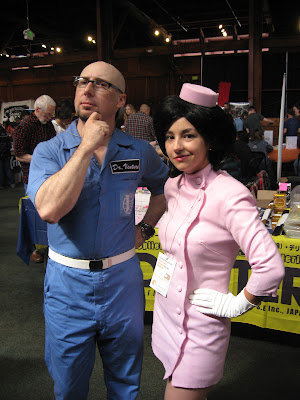 And what con would be complete without cosplayers? Especially Dr. Venture and Dr. Girlfriend.