When I lived in New York I joined ASIFA-EAST, an animation organization that sponsors animation screenings, lectures, and life drawing courses at SVA. I had the great pleasure of meeting ASIFA-EAST president Dave Levy, author of Your Career in Animation: How to Survive and Thrive, an excellent love letter to NYC animation now in its third printing. So you can imagine my joy when I discovered his blog this week, Animondays. Dave dispels his years of wisdom in the field, having worked on projects from Blues Clues to Assy McGee, along with his own projects, with wit and warmth. It is definitely worth flowing, all you bloggers. Enjoy! 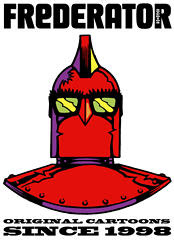 On Cartoon Brew there’s a link to Frederator’s title cards for the Random Cartoons show that will be on the Nicktoons Network on Dec. 6th. I mentioned in a post from February that Fred Seibert presented these shorts at a special ASIFA-EAST screening back in 2007. 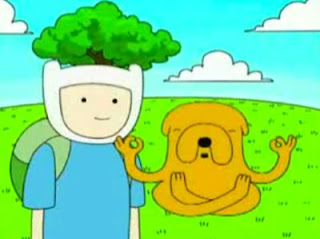 The cartoons are crazy and entertaining, especially Adventure Time, one of the funniest, most offbeat things I’ve ever seen. Seriously, it’s a YouTube phenom. It reminds me of all the make-believe, sugar-frosted goodness I loved when I was eight. Yay!

If you’ve got satellite check out the programming. Well worth it!

I attended the ASIFA screening in NYC last year when Fred Seibert premiered Pen Ward’s “Adventure Time” to rousing applause. This is one of the best animated shorts I’ve ever seen. Enjoy! 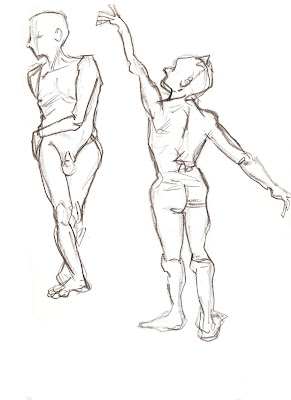 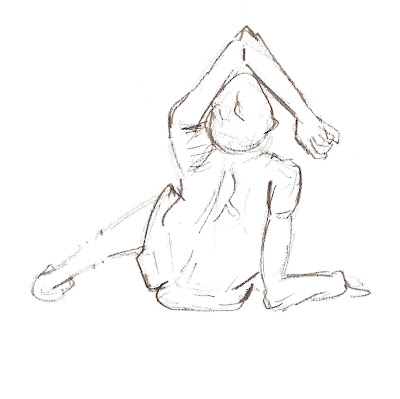 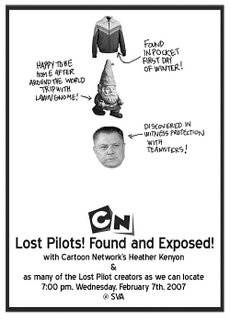 Heather Kenyon, Senior Director of Development Original Series, took time out from her busy schedule at Cartoon Network in L.A. to present a series of lost pilots at the School of Visual Arts.

Presented this evening, in order of appearance were:

World traveler Periwinkle the platypus tries to do a good deed with disasterous results.

“Kenny and the Chimp” by Tom Warburton

A pre-cursur to the ridiculously successful smash hit “Code Name: Kids Next Door” (now in its 7th season) the tale of Kenny and Chimp is told in Mr. Warburton’s now famous style.

“Larry and Steve” by Seth McFarland

A surreal – and very funny – film mainly because of the eerie similarities between the two main characters and “Family Guy,” this is the story of how a dog and his stupid man came together.

“Utica Cartoon” by Fran and Will Krause

A hilarious example of how a hot dog eating contest can go horribly, horribly wrong.

The pilot that would become a series, Rodney squirrel inadvertently sabotages a father/son kite-off.

Goofy to say the least, Plastic Man swears to renounce crime by saving the world from a watery menace.

“Welcome to Wackamo” by John McIntrye

A family of moles (I think – I won’t lie they were cute but I couldn’t tell WHAT they were) experience wacky hijinks when they try to install a fridge in their house…on the VERY high hill.

Periwinkle returns, this time to wreck havoc on unsuspecting vacationers in Venice.

After feasting on these animated delights Ms. Kenyon fielded questions from the eager animators in the audience, and what an audience it was! Those in attendance included Will and Fran Krause, David Levy, Bill Plympton, Nina Paley, Candy Kugel, Linda Beck, Don Duga and (of course) yours truly. Ms. Paley, creator of “Sita Sings the Blues” wondered what the differences were between today’s 6 – 11 year olds and small children of previous eras. To everyone’s surprise, Ms. Kenyon answered that kids today are more conservative than their predessors. She believes this to be the result of modern parenting techniques, where adults and parents are seen more as friends than authority figures. Children are encouraged to “use their words” and “express their feelings” more openly.

They are also more sensitive to other’s feelings, Ms. Kenyon pointed out. As an example, the focus group for the “Squirrelboy” pilot felt that the father was entirely too mean to Rodney, and they also did not understand that he was a pet, not the best friend, which opened up a bizarre series of questions such as “how can a squirrel be a pet?” “Where do you get a pet squirrel?” “Do you know anyone who has a pet squirrel?”

Getting stuck on a single element of a show can be the death of a pilot, even if that element seems relatively simple to adults, thus throwing the whole show into a lurch that the creators and executives never imagined. As another example, one of the reasons that “Plastic Man” failed to connect with kids was because they thought of plastic as hard, ala Tupperware, rather than something with stretchable properties. A weird hang-up for adults, but one that makes sense given the fact that the core audience for the program was born in 2000.

Ms. Kenyon explained the process that goes into a show’s creation as well. Once a show is pitched and optioned, it is sent to the legal department, who may spend up to a year working and reworking the contract (the longest Kenyon ever saw was 3). A bible, outline, scripts, boards and a pilot are then created, which can take between eight months to a year themselves.

This means that any cartoon currently on the air is like looking at a time capsule, a view of the world from two years ago. I asked Ms. Kenyon, given the long lead time to create a program, how she is able to tell what will be a viable show in two year’s time. She responded that a great idea + a talented person (often someone the network knows well who can create good work) +
excellent execution (i.e. great writing that can sustain a series) will remain standing after the development process is complete.

Which lead to the next topic, a character driven show creates great episodes. A person with a so-so premise can succeed if the characters are interesting and the episodes are noteworthy.
Sustainability is the key here. Network executives are pitched the same ideas over and over, so the ones with good character will stand out (the year they accepted “My Gym Partner is a Monkey” Ms. Kenyon heard close to 22 pitches for shows with monkeys). Needless to say, she’s not looking for anymore shows with monkeys! Or aliens or clowns. But she added that one day someone might come in with a show about monkeys in space that work at a circus, and it could be an excellent pitch. The trick, she said, is to not worry so much about what is on now – again, we’re looking at the past when watching TV – but to simply ask executives what they want NOW. And what CN wants are character-driven funny shows that appeal to boys ages 6 -11.

At the end of the evening, Ms. Kenyon described trends that she sees in animation, at least pertaining to Cartoon Network. Even today most of the shows on TV are 2-D, primarily because of budget. Also, cartoons will continue to be animated predominatly overseas in countries such as Korea, Taiwan and the Phillipines, again because of hours and budget. But some of the jobs that remain in the U.S. include script writing, boards and directing – a very good thing for future creators like myself.

Out of all the ASIFA events, this one was by far the most entertaining and informative one that I have attended. Ms. Kenyon will return May 6th for the 2007 ASIFA-East Animated Film Festival. When you see her, say hello and enjoy the films and food. 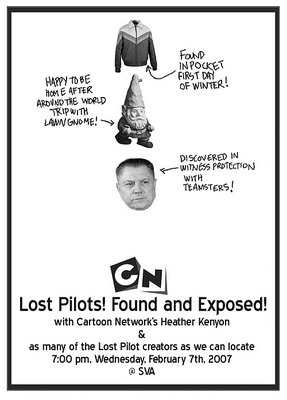 This evening I had the great pleasure of watching celebrated filmmaker Bruno Bruzzetto present one of his feature films, Allegro, for ASIFA-EAST’s first event of the fall. The film, inspired by Disney’s Fantasia, takes place in an Italian Opera house, where a crazed conductor, a Liberace-like narrator, an abused animator, a young cleaning woman and an orchestra made up of geriatric women converge to create beautiful music and animation. Much like Fantasia, the movie cuts from comedic scenes in the real world to animated sequences set to such classics as Ravel’s Bolero and Ivan Stravinsky’s Firebird.

It was quite different than what I expected. Fantasia contains better stories, and some of the comedic parts of Allegro did not provide enough oomph. However, while not as whimisical as the Disney version upon which it is based, the animation of Allegro was quite good, particularly the character’s expressions. My favorite scene, set to Bolero, chronicled the evolution of various prehistoric creatures who emerged from a primordial sea of (get this) Coca Cola and marching in time to the music. Very original indeed.

The best part though was meeting Mr. Bruzzetto in person. I met him yesterday at a rooftop party in the city, and found him to be most agreeable and kind. He remembered me today, and we discussed some of the technical aspects, such as how clean and clear everything appears on DVD as opposed to film, (keep in mind dear readers, that this film is over 30 years old).

I wish you well Bruno, on your journey to the Ottawa Festival. Hopefully one day we shall meet again!

Well I’ve returned from Dave’s book signing and I must say that I was thoroughly impressed.
Not only has David written an excellent book – Your Career in Animation: How to Survive and Thrive – but he also had on hand five terrific panelists who discussed in depth their involvement in the field of animation. They were:

They discussed how they got involved in the industry, the art of pitching and creating your own show, and even what to do in your off-time (i.e. between jobs and trying to get your next big break).

The overall theme was this: there is no ONE way to succeed in animation. Everyone must carve their own path. And often, carving that path involves getting to know as many people in the industry as possible, honing your skills and conveying your enthusiasm so that people will want to work with you.

ASIFA-EAST is having a book release party!
Read the details, courtesy of the ASIFA-EAST site, below for more details:

WICM and ASIFA-East Presents:Your Career in Animation:How to Survive and Thrive
WICM (Women in Children’s Media) and ASIFA-East present a an animation industry panel discussion to celebrate the release of David B. Levy’s new book, Your Career in Animation: How to Survive and Thrive. Panelists to include: Linda Simensky, Tom Warburton, Bill Plympton, Elanna Allen, and Jackson Publick.

Animation is a multibillion-dollar industry. Here’s an insider’s guide to getting into that industry, staying there, and getting ahead. Author David B. Levy has interviewed the top pros in animation, including Steven Hillenburg, creator of SpongeBob SquarePants; Al Brodax, producer of Yellow Submarine; Teddy Newton, character designer on The Incredibles; Linda Simensky, senior director of PBS Kids; John R. Dilworth, creator of Courage the Cowardly Dog; and dozens of others to get their insights on creating a portfolio or reel, meeting animators, networking, and making the leap from working for others to pitching and selling. A resource section lists animation schools, film festivals, studios, Web sites, and publications to get budding animators off to an animated start.

FREE for ASIFA-East members $10 for WIA members$15 for those who are not members of WICM, ASIFA, or WIA

ASIFA-EAST will be showing a number of interesting animated films at the School of Visual Arts in the next few weeks. Check out their site to see what’s happening: