Andrew Stanton gave an excellent talk at TED about creating a great story and his work on “Finding Nemo,” “Wall-E,” and “John Carter.” 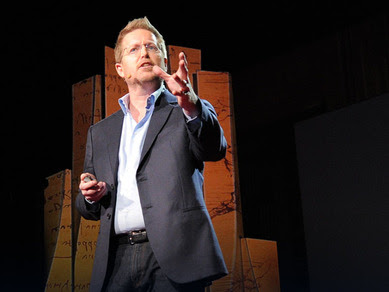 Special thanks to the 11 Second Club for posting this link on their site. Enjoy. Saw “John Carter” Friday night with the animation club. At IMAX. In 3D. Oh yeah, we went all out. It was quite a joyous experience – nothing like seeing a movie after six hours of drawing on a four-story screen with fellow animators who are gung-ho for fantasy action sci-fi epics.

This movie meant a lot to me in particular because I wanted to see what Andrew Stanton (he of “Toy Story”,
“A Bug’s Life”, “Wall*E” and “Finding Nemo” fame) had to bring to live action. Stanton is my hero for he epitomizes everything that I want to do with my career – animator, screenwriter and director of both animation and live action.  If I can follow in his footsteps, I will be a fortunate woman indeed.

The movie does not disappoint. If you’ve seen Avatar, “Last of the Mohican’s”, “Tarzan” or “Pocahontas”, then you will enjoy “John Carter”. That’s because A Princess of Mars introduced the first fictional hero. Every action-y sci-fi story owes itself to Edgar Rice Burroughs’s novel’s 1912 roots.

The visual effects are quite good, although there are times when you are lost in the action and it’s a little difficult to tell who is shooting at who, especially in 3D, where stuff tends to blur. I will say this movie does an excellent job of blending CG with live action. Even though you know the four armed Tharks were made in a computer, they interact exceedingly well with their real counterparts. It amazes me how far 3D animation has come even in the past 5 years. The music is epic and the costume designs are fabulous. Taylor Kitsch’s performance as the titular character is so-so, although I attribute that to some of his dialogue, which is a little clunky. However the Princess Dejah Thoris (Lynn Collins) kicks serious butt. She’s awesome in the book, but is given an added layer by being a regent of science. She also slices and dices through enemy ranks rather well.

The film takes several liberties, however they are all in service to making the story more entertaining and in my opinion, more accessible for today’s audience. And it’s just a great deal of fun to watch.

You can view a cool video that Andrew Stanton did for Ted Talk back in February about the film here.