So for my first storyboard assignment, I was given the following three things:

We were instructed to create a second character and drew personalities from a hat. I drew confident and wistful. We were also given a script of odd and short dialogue.

I made up a back story in order to entertain myself and make the process more interesting. My character is the confident Rafel Cortez aka El Gallo – the rooster – who grew up on a chicken farm and realized how brave and courageous the rooster truly is with his head held high and ability to greet the sun. He teams up with a nun – Sister Magdalena – who suspects that someone is stealing money from the church. They wait patiently within Our Lady of Perpetual Wistfulness, but are behind schedule, as the culprit has not yet arrived.

And here’s the process:

It starts with the character design. I practiced to make sure my characters looked consistent in the boards and to get a sense of who they were. 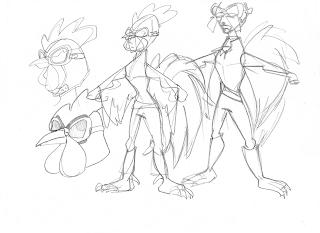 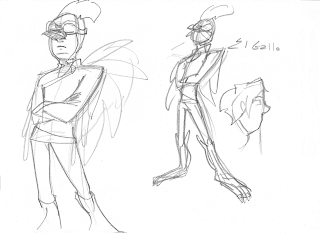 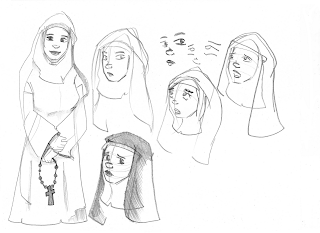 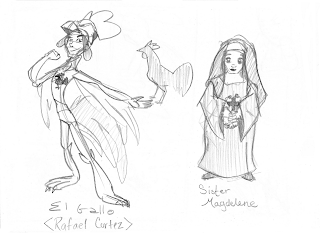 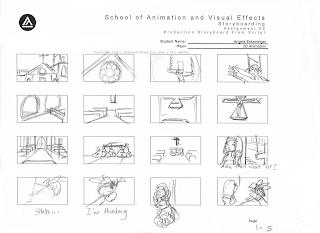 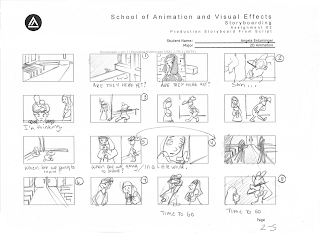 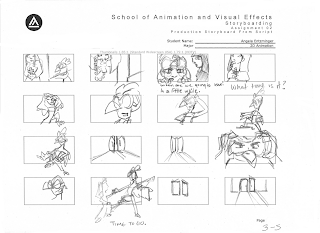 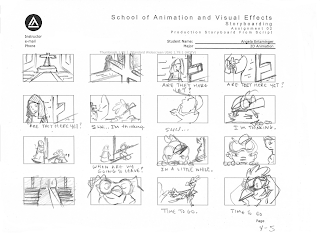 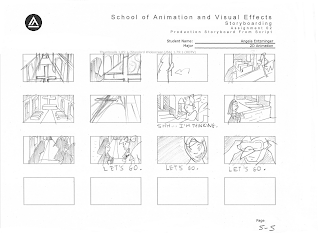 Finally, the storyboards are created. 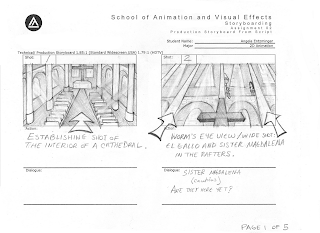 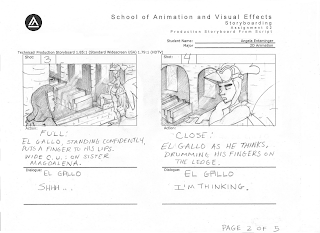 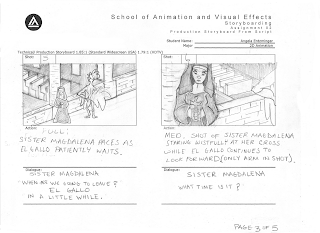 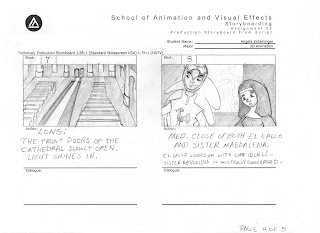 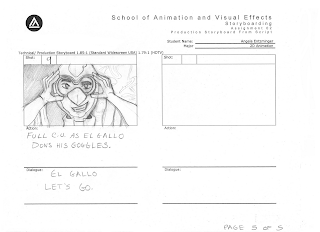 People were excited about the project until they realized they had to stay within a framework. Personally I found this to be a creative challenge. When you’re working professionally you’re going to be given scenarios either from your boss or your client. They don’t care if you’re a “sensitive artiste,” they just want the work to be well done and under budget. This is why I am glad I had a career before going to school – I’ve had the opportunity to be in the real world. And now I can take my real world experience and also draw fun pictures.

One thought on “First Storyboard Project of the Semester”