Links of Note: The Pixar Podcast

Links of Note is a weekly post in which I offer a description of the links posted on the right side of this blog. Today I will be discussing the Pixar Podcast. 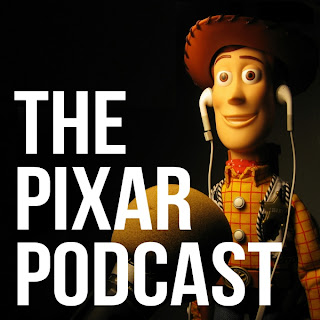 I found the Pixar Podcast several months ago and it rapidly became one of my all-time online shows. Created by BYU student Derrick Clements, the Pixar Podcast offers news, film reviews and most fascinating to me, interviews with Pixarians and other notables in the industry. Some of the interviewees include Pixarians such as layout artist Craig Good, animator Austin Madison, animator Chris Chua, story artist Matthew Luhn, Pixar University’s Elyse Klaidman, Disney producer Don Hahn (The Little Mermaid, Aladdin, and Atlantis to name a few) and ILM supervisor Hal Hickel (Rango and many other films).

Derrick’s love for all things Pixar shines through each episode and it’s a delight to hear about the inner workings of the studio each month. He also expands the world of Pixar to other projects that the studio is involved in, including reviews of Brad Bird’s Mission Impossible: Ghost Protocol, Andrew Stanton’s John Carter. Most recently, he interviewed the buyers of the real-life Up house.

This is an excellent resource for animation students and for fans of fine film-making. Check it out here.

Image via the Pixar Podcast