One of the portfolio requirements for Sheridan is to create your own character and use them in turnarounds. I created this creature – the Malgrith, but he was a little too complicated for what I was trying to accomplish. He’s awfully cool though so I’m posting him up here. The backstory that went into creating him is that he is a fourth line soldier for a horrific army. After the first few waves of cronies bash through the front lines this one would come in – stealth-like ninja style – and take out the stragglers and fast runners with his ax.

For fun I’m including the process of how I made him – since the process is the most fun of all for me. 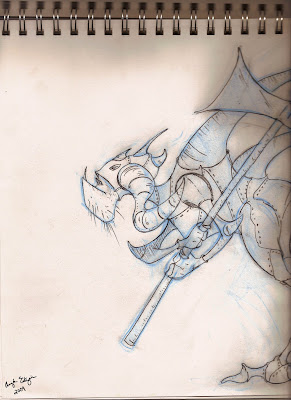 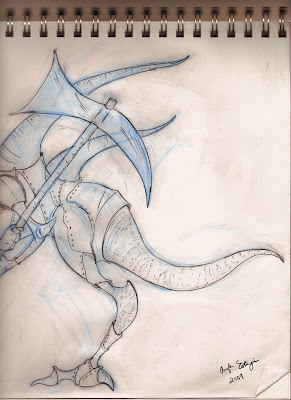 I drew him on a piece of paper way too big for my little scanner, so I scanned it in sections. 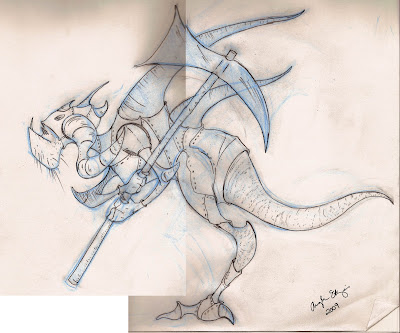 Then I combine the two into one whole. 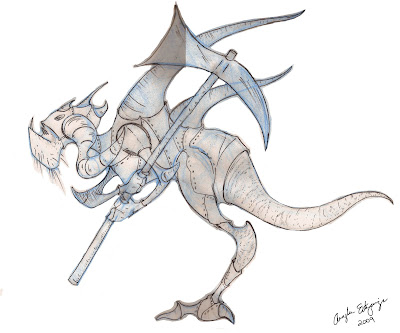 Clean it up some. 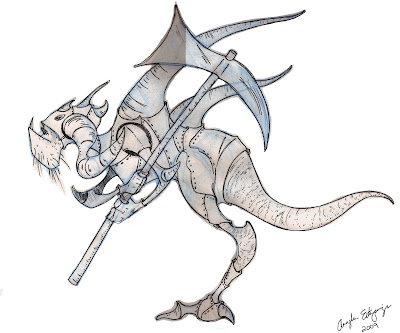 Ink it digitally on a separate layer. 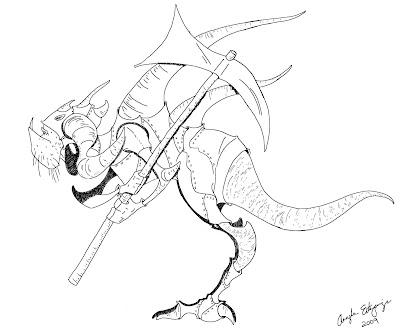 Delete the original layer, add some shadows and voila! Insta-creature.