Today’s post pays homage to one of my favorite shows – Sym-Bionic Titan. It tells the story of Princess Ilana, her bodyguard, Lance, and their robot protector Octus, as they navigate the tumultous landscape of high school in Sherman, Illinois. Ilana is the heart of the show, a “Lady Di” character as co-creator Genndy Tartakovsky describes her, beloved by her people and always trying to do the right thing. Lance is the handsome, brooding loner who understands his mission is to protect the princess yet finds himself thrust into the unwanted role of most popular guy in school. Yet in the midst of all the hoopla, he is still dealing with his own personal demons over the disappearance of his father. And Octus is the powerful robot, disguised as nerdy genius Newton, who wrestles with the idea that while he is not a man, he is not fully machine either.

And they are refugees from another planet currently held in the throes of an evil dictator who sends monsters to planet Earth to destroy them. And the three heroes can form a giant, Voltron-like robot called Titan. And they throw in great 80s pop music.

What I like best about the show is the depth that creators Genndy Tartakovksy (of Samurai Jack fame), Paul Rudish and Bryan Andrews bring to our alien refugees. This could easily be a simple smash and bash, monster of the week caper. Instead, the creators and writers choose to show the more human side of the characters, how homesick they feel, how they yearn for acceptance, how they deal with romantic entanglements and how they learn to gradually get along with each other.

So in honor of this fine show, here are some sketches of Ilana. She is a great character to draw, for several reasons. First, her head is shaped like a turnip – easy to draw! More than that though, she has a nice range of expressions. And she is my favorite character on the show. 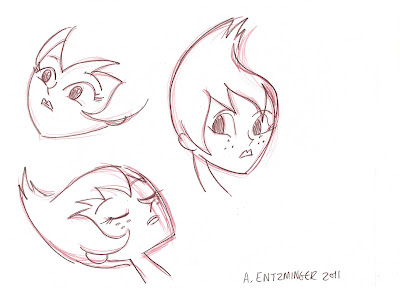 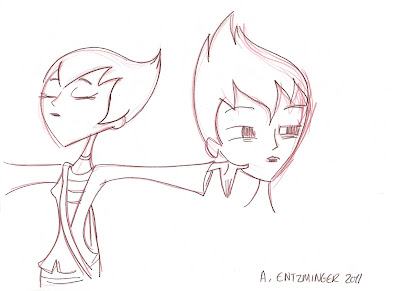 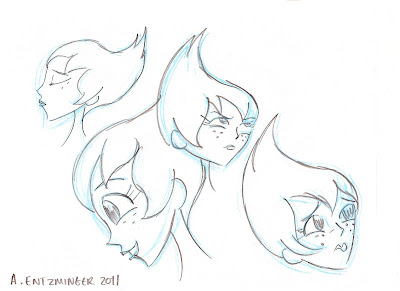 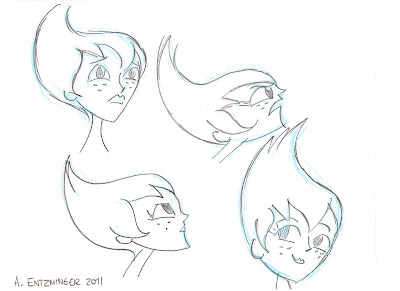 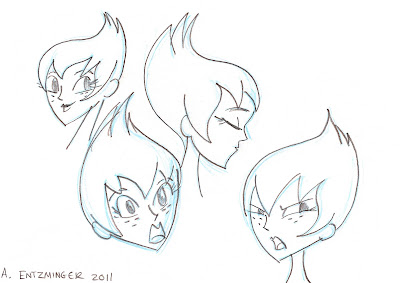 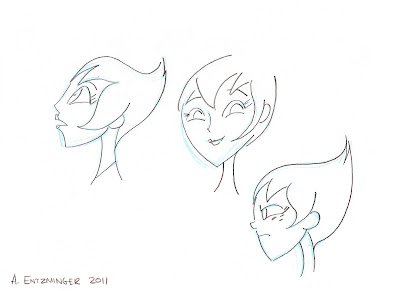 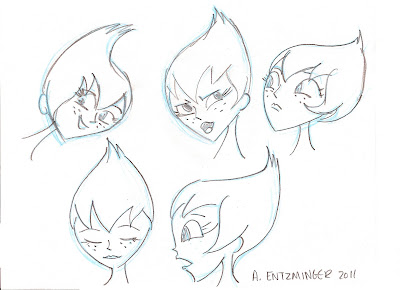 If you would like to read more about Sym-bionic Titan, check out the blogs of Mike Collins and Kevin Dart, two of the finely talented artists who work on the show. And watch it on Cartoon Network. Support great animation!