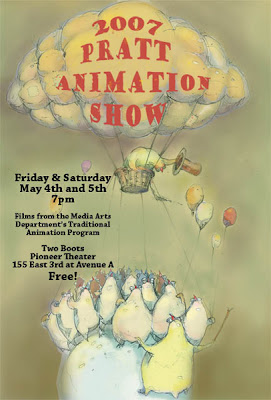 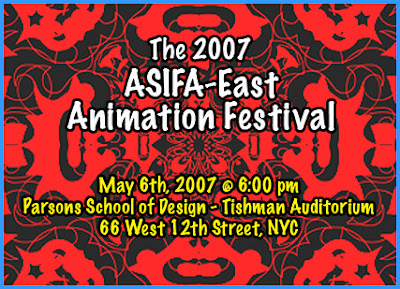 The Animated World of John Canemaker 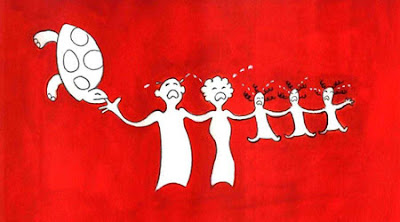 Continuing Tribeca’s celebration of New York-based independent animators, this program features the work of John Canemaker, a preeminent animation teacher, filmmaker, author and historian, who won an Oscar® for his animated short The Moon and the Son in 2006. A selection of short films spanning Canemaker’s career will be shown including Confessions of a Stardreamer, Bridgehampton, The Wizard’s Son, Otto Messmer and Felix the Cat, The Moon and the Son: An Imagined Conversation, and Bottom’s Dream.

Films Provided courtesy of Milestone Film & Video.
» Show All
Continuing Tribeca’s celebration of New York-based independent animators, this program features a selection from the career work of preeminent filmmaker, author, teacher and historian John Canemaker. Called “animation’s ambassador at large [who] has brought animation’s unsung heroes into the limelight, expanded the parameters of the medium, and inspire[d] those who are embarking on careers in the industry,” Canemaker here displays his talent in continuing the tradition of two-dimensional, handdrawn animation techniques. Canemaker pays homage to the work of such pioneer animators as Otto Messmer, the unsung hero behind the creation of the Felix character, in his documentary Otto Messmer and Felix the Cat. Canemaker’s distinct animation style begins with a strong storyline, drawn from a variety of sources of inspiration: real life (Confessions of a Stardreamer), classic Shakespearean literature (Bottom’s Dream) and fairy tales (The Wizard’s Son). In each of these films, Canemaker imbues his animated characters with personality (a precept inherited from Messmer), which the artist then augments with painterly, abstract techniques. In Bridgehampton, Canemaker creates a colorful, impressionistic view of nature over the course of the seasons. The animation techniques that Canemaker foregrounds in his films—including cels, line drawing, cutout animation, the use of marker pens and painting—allows this artist-animator to instill his work with deeper human and emotional resonance. Nowhere is this more evident than in Canemaker’s Academy Award®-winning, autobiographical film about a dialogue with his father, The Moon and the Son: An Imagined Conversation. In this film, Canemaker magically transforms still photographs and home movies into animated flights of fancy, creating a deeply moving, emotionally honest exposé of his own complex relationship with his father over the course of their intertwined lives.
—Jon Gartenberg

Confessions of a Stardreamer :
John Canemaker

The Moon and the Son: An Imagine Conversation :
John Canemaker