I bring your attention to some awesome web comics found on the net.

The first, Lackadaisy, by Tracy Butler, tells the story of Prohibition in St. Louis, MO and features an all cat cast running an underground speakeasy, the Lackadaisy. Mayhem ensues as Rocky, one of the main characters who desires to accomplish great things, gets into a scuffle with some local baddies who come after him and the speakeasy for some massive payback. Now I know what you’re thinking, “What the heck, 1920s America…with cats? Eh?“

Seriously folks, this is one of the BEST comics I’ve read in quite a while. The superb artwork is matched only by the richness of the characters. This story is well worth your time. 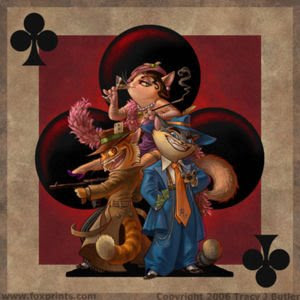 The second comic, The Phoenix Requiem, by Sarah Ellerton, is consistently voted #1 on TopWebComics. Requiem tells the story of a young woman living in what appears to be some sort of late 1800s early 1900s country filled with spirits and all sorts of weirdness. It has romance, suspense, horror, and even better, the creator updates the comic TWICE a week for a total of FOUR PAGES a week. This type of dedication is virtually unheard of on the net and Ms. Ellerton gets mad props for her consistently great work. 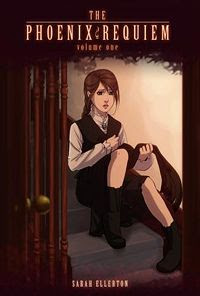 So there you have it – two great comics which now have a link in the web comics section of this blog. If you find any other comics that you particularly enjoy, drop me a line and I may feature them here next week.